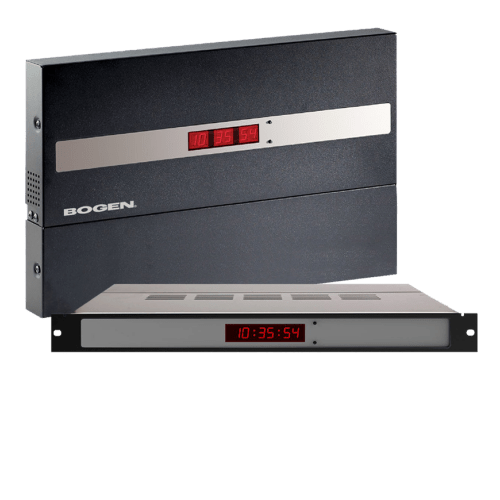 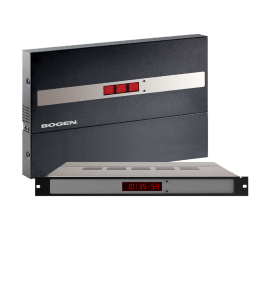 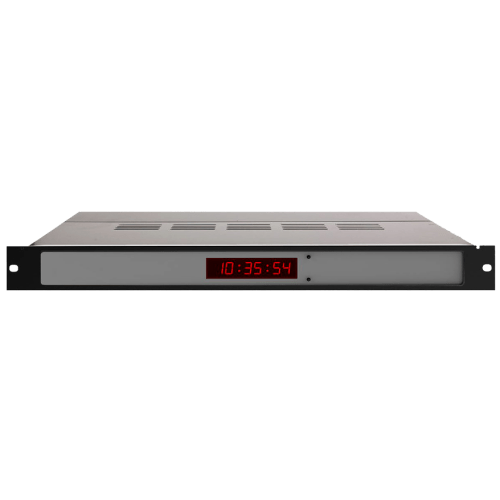 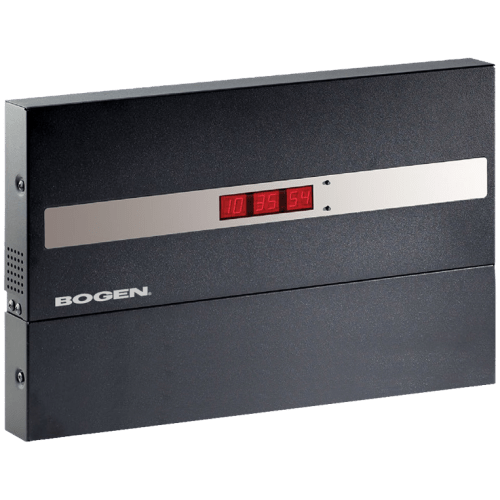 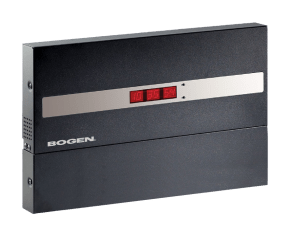 The Bogen BCTP 7000 series master clock enables a user to have complete flexibility over their system. The BCTP 7000 comes standard with (S)NTP capability for synchronization to pre-programmed (S)NTP web servers. The clock has two pre-programmed relays that are dedicated for synchronous wired clock systems. The BCTP 7000 can be purchased with a built-in transmitter for sending out the signal wirelessly to Bogen wireless analog and digital clocks. A GPS can be added as a supplement to the already feature-rich clock for even more accurate timekeeping.