Unifying people and improving lives through communication.
For close to a century, Bogen Communications LLC has been a leading provider of commercial amplifiers, speakers, and intercom systems for music, paging, and educational applications. Installers worldwide love Bogen sound systems for their reliability and ease of installation. End users love Bogen products for their performance and ease of use. Bogen’s emphasis on innovation provides clients with new products to meet advancing technical and regulatory requirements, for phenomenal sound transmission in any space, regardless of shape, size, or ambient noise level.

David Bogen emigrated from Russia to Texas in 1909. After traveling the American South for two years, working odd jobs and improving his English, Bogen settled in New York City, where he found employment with Consolidated Edison (ConEd). At ConEd, Bogen developed an acute interest in electricity and its applications. He began studying electrical engineering at Cooper Union at night, after his 10 hour work shift. After seven years of hard work and little sleep, Bogen earned a degree in electrical engineering.

Faced with widely pervasive anti-Semitism, Bogen struggled to find employment. Using savings from his ConEd salary, Bogen started an electronics parts distribution company that steadily grew. In 1932, at the dawn of the audio electronics age and in the middle of the Great Depression, the David Bogen Company moved from distributing to manufacturing audio products. During World War II the company was recognized for its important contributions to the war effort. David Bogen was proud to “give back” to the nation that had given him freedom, opportunity, and prosperity.

With almost a century of being in the technology business under our belt, we at Bogen know a thing or two about change. We welcome you to our new website where our brand, our business and our technology keep evolving.
Welcome to a new era of Bogen.

Exceptional sound quality in any setting.

Let Bogen’s Free Design Service determine the best possible speaker configuration for your unique space. Our Design Department will help you to achieve phenomenal sound, whatever your setting or application. 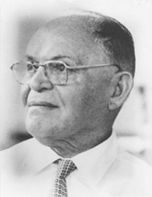 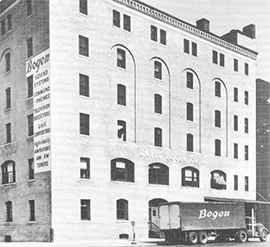 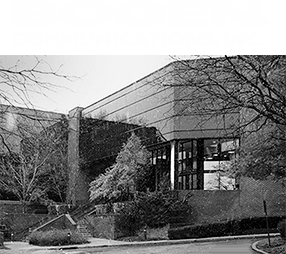 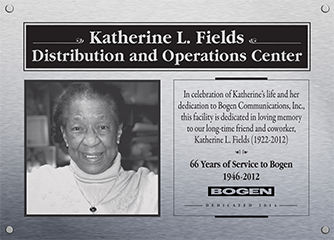 A difference you can hear

In 2015, the company opened the new Bogen Research and Development Center in Orlando, Florida. The modern facility is staffed with digital hardware and software engineers, GUI developers, software test engineers, acoustic and audio engineers, and designers, a team perfectly suited to develop the products of tomorrow. The team rigorously follows the Agile methodology of software development to maximize product development efficiency and to ensure that customers’ needs are fully met. The nearby University of Central Florida is a wellspring of additional technical talent and services. The Bogen R&D center includes a conference center and sophisticated demo room to hold product trainings, demonstrations, and events for dealers and customers interested in the Bogen, Apogee, and NEAR brands.

Keeping your team in harmony

To better serve customers of all types, Bogen opened a new warehouse and service center outside of Memphis, TN. The Katherine L. Fields Distribution & Operations Center is named in honor of Bogen’s longest tenured employee, the late Katherine Fields, who worked at Bogen for an astounding 66 years. 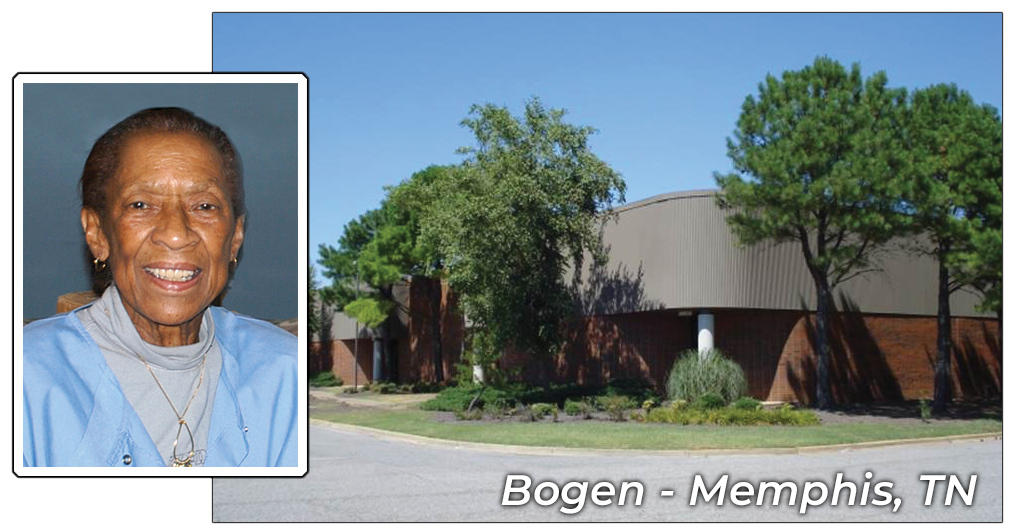