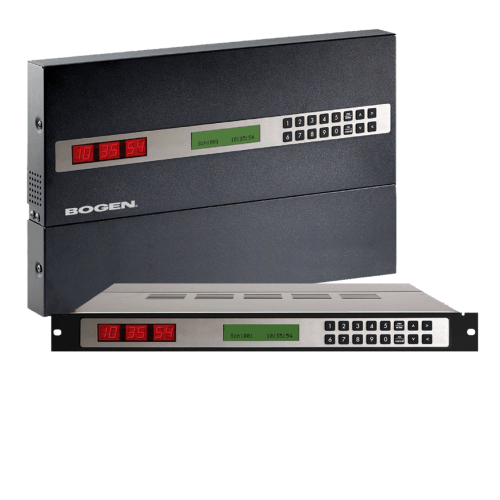 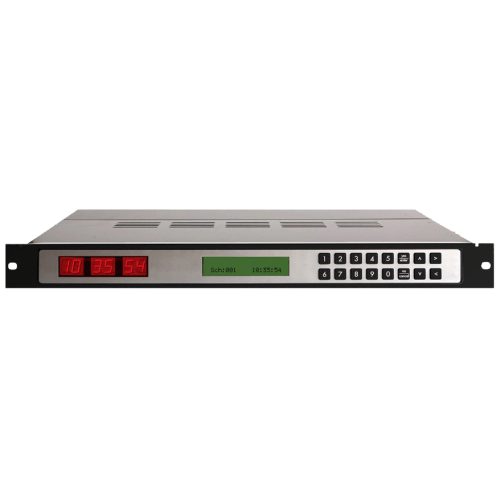 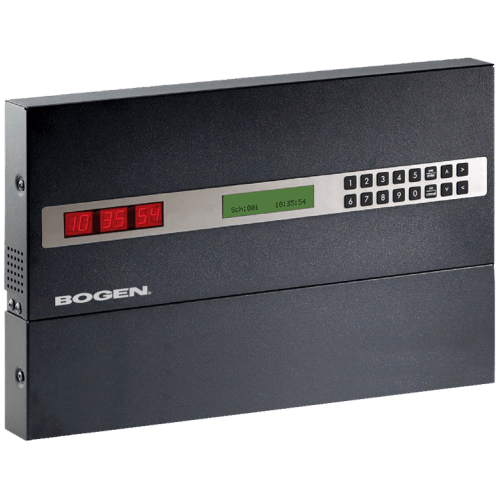 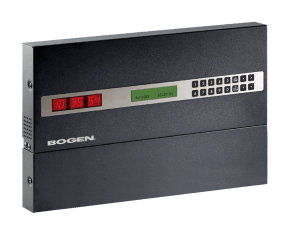 Bogen’s BCTP 8000 series master clock comes fully equipped with a crisp LED readout and a backlit two-line LCD display. Programming the BCTP 8000 with up to 800 events is easy with the 2X8 rubber tactile keypad. The BCTP 8000 comes standard with (S)BCTP capability for synchronization to any (S)BCTP website. The clock has two pre-programmed relays that are dedicated for synchronous wired clock systems. The master clock can be purchased with a built-in transmitter for sending out the signal wirelessly to Bogen wireless analog and digital clocks. A GPS can be added as a supplement to the already feature-rich clock for even more accurate timekeeping. The BCTP 8000 Series also encompasses a fully functional web interface for controlling the master clock from any computer on a network or via a crossover cable.