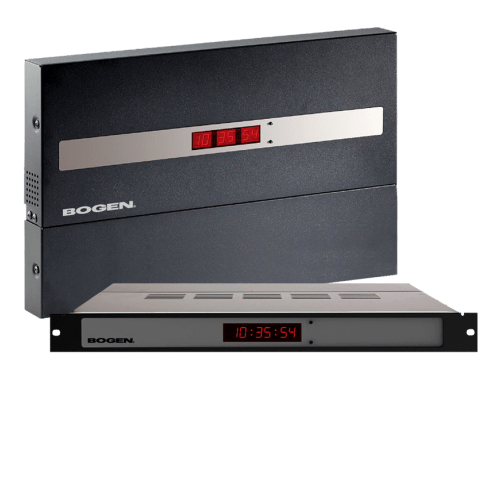 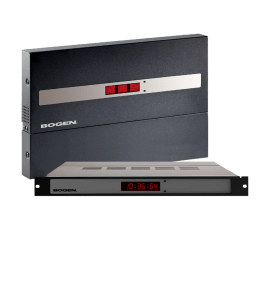 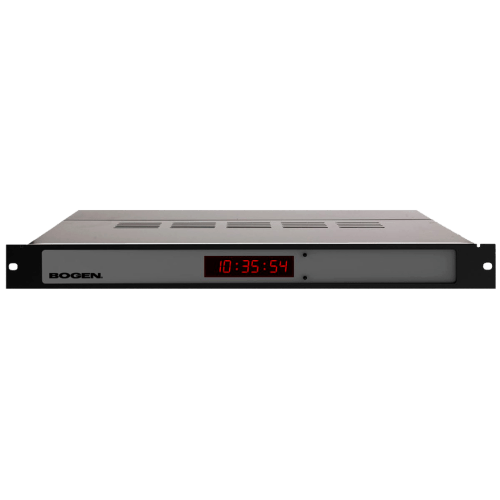 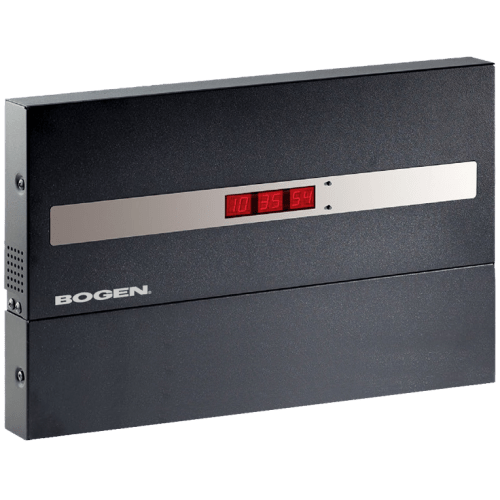 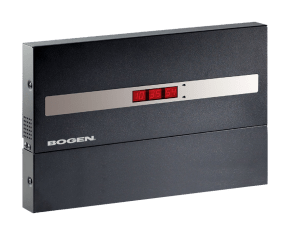 The BCMA 2000 Series is our standard master clock model with a front LED display and two push buttons for basic system programming. The BCMA 3000 Series comes with a front LED and LCD display as well as a keypad to allow for advanced programming. The BCMA 3000 model may also be offered with four or eight programmable relays (zones) to control third party systems via a contact closure (such as a school bell system).